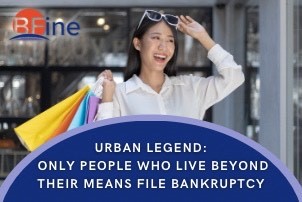 “Only people who live beyond their means file bankruptcy.” When people think of individuals who have filed bankruptcy they often think of people who cannot manage their money and live “beyond their means.” Images of expensive cars and large homes often come to mind, this is not commonly seen with those who file for bankruptcy. This is one of the most common urban legends about bankruptcy and those who seek bankruptcy protection in order to get a fresh financial start. WHY DO PEOPLE FILE BANKRUPTCY? Some common factors which cause people to file bankruptcy include: LOSS OF A JOB Loss of employment is one of the biggest reasons people get behind on their bills and have to file bankruptcy. Loss of employment often has nothing to do with job performance and more to do with the general economy. Losing a job can be dramatic, especially if the job was the main source of income for the family. HELPING FAMILY MEMBERS Parents and grandparents often have to file bankruptcy because they are a co-signor on a loan for children and grandchildren. The loans often allow the family members to pursue an education, buy a car, or make a down payment on a first home. If the children cannot repay the loan, the lender often turns to collection proceedings to collect from the parent and grandparent. At the time of the collection proceedings, many of the parents and grandparents are in their retirement years, living on limited income. MEDICAL DEBT Even with the healthcare exchanges and federal subsidiaries created over the last decade, many people continue to struggle financially to pay for medical care. Many medical plans often leave people with thousands of dollars in annual out of pocket deductibles and co-payments. Many people pay hospital bills and doctor visits with credit cards. When people can only afford to pay the minimum amount on the credit card, the balance of the medical debt can accrue interest at an annual rate of twenty percent or more. STUDENT LOAN DEBT

Many people use bankruptcy when their wages are being attached for payment of student loans. Although the loans will survive bankruptcy, the student loan agencies cannot collect while a person is in bankruptcy.

WHO FILES BANKRUPTCY Most people who file bankruptcy do not have expensive cars and large homes. They are your neighbors, friends, and co-workers who have become overwhelmed with debt from medical bills, helping family members in need, and the loss of a job. 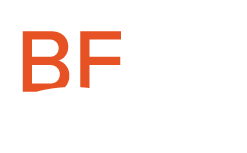 DISCLAIMER
The materials on this website are for general information purposes only and should not be construed as legal advice, legal opinion, or any other advice on any specific facts or circumstances. You should not act or refrain from acting upon this information without seeking professional advice.